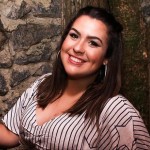 Every job has its advantages and disadvantages, but some occupations even pose risks to their employees. There are jobs that are significantly more dangerous than others, and recent numbers from the U.S. Bureau of Labor Statistics Census of Fatal Occupational Injuries have shown that on-the-job deaths occur in a variety of occupations, some of which may surprise you.

This job was the most dangerous occupation recorded in America both in 2019 and 2020.

Being a fishing or hunting worker may sound fun and safe but not according to the latest data. These employees are often engaged in all kinds of physical activity such as using fishing rods, traps, nets or other equipment to catch and gather fish or other aquatic animals. The fatal injury rate (per 100,000 full-time equivalent workers): 132.1.

The second most dangerous occupation is that of the logging worker. Most of their time is spent outdoors in forests, where they do the harvesting to provide the raw material for goods such as wood, paper, and cardboard along with other industrial products. They use mechanized equipment and hand tools to cut down trees. The danger lies in contact with objects and equipment.

Here’s another dangerous position of employment. The roofer builds and maintains roofs, and this can be for both residential and commercial buildings. These workers often face multiple risks on the job and not only the possibility of death from a fall. Other risks include electrocution from exposed powerlines, getting burned from tars, getting hit with falling debris, etc.

There are a number of risks to being a construction trade worker, especially at job sites in New York with asbestos exposure. Inhaling these dangerous fibers puts you at risk of developing mesothelioma and other diseases. Asbestos is found in contaminated construction materials such as paint, spackling, drywall, and masonry compounds.

They say that you’re safer flying a plane than driving a car, but pilots and flight engineers still have a potentially dangerous occupation. The statistics show that human error, malfunctioning machinery and inclement weather are the three leading causes of fatalities on the job. The state of Alaska has contributed to the most pilot deaths in the nation.

This may be surprising to some, but garbage collectors also work in a risky occupation. Most of their job entails collecting and dumping refuse or recyclable materials from containers into trucks. Not only do sanitation workers frequently receive back injuries and lacerations, but they can be killed on the job. That occurs in part when impatient drivers try to pass stopped garbage collection vehicles and end up hitting collectors. Many workers have also died after being struck by a garbage truck.

Iron and steel workers perform their job by raising, placing, and uniting iron or steel girders, columns and other structural units to form completed structures or structural frameworks for buildings, bridges and roads. Falls are the most common fatal occupational accident for these workers.

These employees drive trucks and/or other vehicles to sell or deliver goods such as cargo, food and other items within an established territory.

Traffic crashes are the leading cause of death for driver/sales workers and truck drivers on the job.

There you have it, and you probably thought that police and firefighters only face job-related dangers. There are some jobs that are more dangerous than others even though the occupation would appear to be safe and uncomplicated.